Debating It Out At Springfield 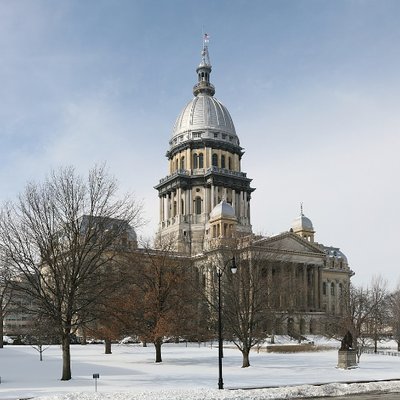 At Carterville High School, there are numerous clubs that students can partake in. However, there is one club that sets itself differently compared to other clubs. The Carterville Youth and Government (YAG) club, advised by Joshua Hall, allows for students to participate in writing and presenting bills, aiding bills, and working alongside with the presiding officers at Springfield, Illinois.

On Thursday, the groups are set out in different rooms to vote on priority. The bill that gets voted first, second, or third gets high priority and the legislators will be able to present their bill earlier than fourth and fifth priority. The last priority will either be one of the last bills to be presented on Sunday, or not have the time to be able to be presented at all.

Saturday and Sunday are dedicated to voting and passing bills, and also bustling with bill-flow clerks passing bills to and from the Congressional houses to the governor’s office to get them signed. In addition, Saturday consists of a leisure event called “Mandatory Fun Night, which consists of multiple activities such as karaoke, dancing, a bouncy house, and games.

During the second pre-legislative, Carterville took over 11 positions. There were six out of seven committee chairs, three selected lobbyists, and two election judges.

When asked about Carterville’s achievement during the second pre-legislative, Mr. Hall excitedly stated, “this is a first for Carterville’s YAG, and I look forward to what’s to come in the future for the program.” Along with the many achievements that Carterville achieved, the YAG department additionally acquired numerous members. One of the newest members of YAG, Chris Battiste (12) stated, “this is my first and last year of participating in this club, and I’m excited for what Springfield has to offer.”

Along with a recurring member, Charlie Hagan (12), states his excitement for his last year by stating, “this year has been the most exciting year I’ve had in YAG. Carterville was able to dominate the Southern area, and hopefully dominate at Springfield.” Many recurring member’s bills have been voted to high priority, allowing them to debate on their bill earlier than others.

YAG’s Springfield trip will take place during February 27 through March 1 at Springfield, Illinois. Many members are anticipating and hoping that their bills will pass both the House and the Senate. We wish all the YAG representatives a successful trip!