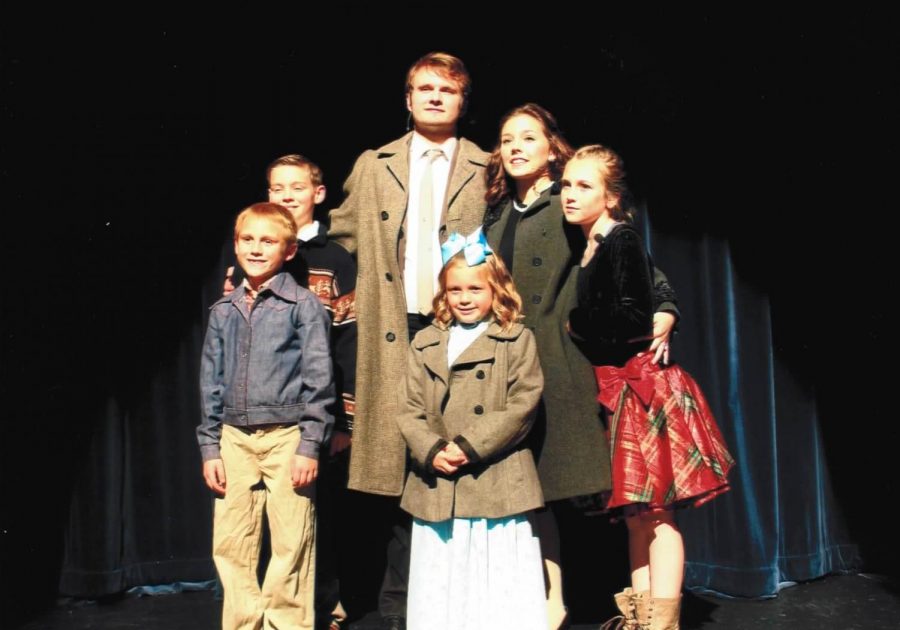 This year’s fall play was It’s A Wonderful Life. The performances took place on Friday, November 17th, and Sunday, November 19th. The play was directed by Mr. Hall. The Cast, crew, lights/sound, costume/makeup, set construction, and design members worked for months to produce a “wonderful” play.

A new face to the stage was freshman Kyle Wilson playing the part of Harry Bailey. When asked his favorite part about being involved in the play he said, “I’ve come out of it with such an amazing group of friends that really, had I not been in this production, I would not be as close with them as I am now”. Kyle hopes to be apart of future productions at CHS during his next three years.

Senior Addie Baker was in charge of costumes and managed to pull them off working by herself. When asked about her final fall play production she said, “It was bittersweet but at the same time I had a lot of fun with it and I think it was a good play to end on.” Now the question is who will be in charge of costumes next year?

Overall this year’s fall play was a success with lots of positive reviews and reactions from students and faculty members. Many of the seniors will be missed and the following year’s productions will not be the same without them.